Edward (Ted) Fischer is the Cornelius Vanderbilt Professor of Anthropology and Director of the Center for Latin American Studies at Vanderbilt University. He also directs a Robert Wood Johnson Foundation project in collaboration with WHO-Europe on the Cultural Contexts of Health and Wellbeing.  In 2009, Fischer founded Maní+, an award-winning social enterprise in Guatemala that develops and produces locally sourced foods to fight malnutrition, and he currently serves on the board of the Maya Education Foundation. His research focusses on issues of political economy, values, wellbeing, and development. He has authored or edited a number of books, including most recently The Good Life: Aspiration, Dignity, and the Anthropology of Wellbeing (2014). Fischer is currently completing a book that examines the ways cultural and economic values are intertwined in the high-end coffee market. 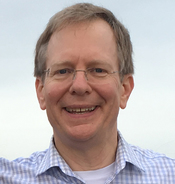