Dr. Netherly’s research brings together archaeology, ethnohistory, and ethnology to study the cultural development of societies in the Andes and Amazonia over time. Her theoretical interests include the socio-political organization and the political economy of archaic states with particular reference to the Andes, modalities of complexity in pre-state societies, the cultural ecology of the Late Pleistocene and Early Holocene in South America and well as in later periods. She has taught at the State University of New York, Fredonia and the Pontificia Universidad Católica del Peru. She directed two long-term research projects in Ecuador: the Proyecto Arqueológico Tahuin on the coast of El Oro province under the sponsorship of the Banco Central del Ecuador, and the Proyecto Arqueológico del Oriente in Ecuadorian Amazonia under the sponsorship of the Fundación Alexander von Humboldt in Quito where she was Executive Director. She has also co-directed the Proyecto Zaña-Niepos in Northern Peru. She has edited two books and published numerous articles. She is finishing a book on the political structure of the polities of the North Coast of Peru and has in hand a study of the archaeology of the Western Amazon. Her future field research will continue to address the problems which have engaged her in the past in a series of small, focused projects. 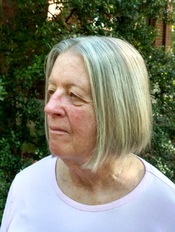