Dr. Ross is a cultural anthropologist whose work focuses on childhood. Past research focussed on issues related to Culture and Cognition (see his book, Ross 2004 on the subject) and was supported by several multiyear NSF and NIH grants. Living 10 years in southern Mexico allowed Dr. Ross to conduct extensive research among Itzá Maya of the Petén, Guatemala as well as Lacandon Maya of southern Mexico (Ross 2001), while focusing most of his time on exploring how Tzotzil Maya children of southern Mexico create their environment and their place within it. Based on a mixture of experimental research (borrowed from the Cognitive Sciences) and ethnographic work Dr. Ross shows how children reproduce and produce ontological changes that affect their BEING in the world both figuratively and literally speaking. His book manuscript "A World of Many: Ontology and Child Development among the Maya of Southern Mexico" is under review. The research for the book was supported by two multi year NSF grants.

Dr. Ross ongoing research, supported by the Fulbright commission and a multiyear NSF grant takes place in areas with high levels of (past and present) violence in El Salvador, exploring how children deal with acts of violence (including the related stories), how they cope with it, and what potential long term effects and solutions might be. The research includes work with illegal squatters in an urban slum area outside San Salvador. While the focus is not only on gang violence, the research includes gang youth as participants. As an extension of the research, Dr. Ross started an NGO in El Salvador that to support children and their families in the research communities, combatting different forms of violence via a community center he built and runs with after school programs. As part of the research Dr. Ross uses an innovative theatre approach, blending aspects of popular theatre, improv theatre, playback theatre, and drama therapy to explore new ways of combining research and support. For this work he received some additional funding allowing him to take a local theatre ensemble to refugee camps in Mexico, performing for and with refugees stranded at the US border. Overall, Dr. Ross' research agenda examines how children and youth understand, explore, and create the worlds they inhabit. How do they understand and enact control over their lives. It pursues a spatially aware ethnographic approach, interested both in people's symbolic and material behaviors as well as the practices that emerge in times of sustained violence.

Dr. Ross' teaching focuses on providing students with important conceptual problems in Anthropology, especially as they related to globally relevant issues. Culture, ontology, race, the state, race, public space, cultural diversity, social inequality, and political change. Courses he regularly teaches include: Anthropology of Religion; Theatre and Social Change; Native North Americans; Food and Culture; Why Culture Matters? Culture and Thought; He teaches a special Maymester class focusing on the Caribbean and the connections of marine ecology, global warming, colonialism and tourism. The class travels to the island of Utila (Honduras), where students immerse themselves in the local history, politics, and ecology, both above and below the water. Dr. Ross is a certified scuba instructor and students will learn how to scuba dive, exploring and engaging with the coral reefs.

Ross, Norbert. 2015. Islamic State as a Modern Phenomenon. This paper has been translated into Kurdish and Farsi, published. Quarterly Journal of Zrebar in Iran.

Medin, Douglas, et al. 2010. Naming the Animals that Come to Mind: Effects of Culture and Experience on Category Fluency. Journal of Cognition and Culture 10(1-2):205-220. View Article.

Atran, Scott, Douglas I. Medin, and Norbert Ross. 2002. Thinking about biology. Modular constraints on categorization and reasoning in the everyday life of Americans, Maya, and scientists. Mind & Society 3(2):31-63. View Article. 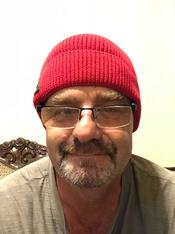