Professor Rife combines textual and material sources to study social structure and cultural identity in the eastern Mediterranean during the Roman Empire to the Early Byzantine period (first-ninth centuries A.D).  Recently he has investigated funerary rituals and burial space; inscriptions as media for self-presentation and as physical properties; the practice of cremation; Christianity and urbanism; ports as nodes of transitivity in regional landscapes; and the historical setting of Greek literature, especially fiction and biography.  Over the past two and a half decades he has conducted research in Cyprus, Italy, Kenya, Ohio, Tunisia, and Turkey, but his main focus has been southern Greece.  Since 2002 Professor Rife has directed fieldwork at the archaeological site of Kenchreai, the eastern port of Corinth, under the auspices of the American School of Classical Studies at Athens and in conjunction with the Hellenic Ministry of Culture.  His award-winning book Isthmia IX: The Roman and Byzantine Graves and Human Remains (2012) examines the transition from Classical Antiquity to the Byzantine Middle Ages in the Greek countryside through the lens of mortuary behavior and skeletal biology.  He has published articles and reviews in the areas of ancient Greek literature, epigraphy, archaeology and physical anthropology in, among others, Journal of Hellenic Studies, Hesperia, Zeitschrift für Papyrologie und Epigraphik, and International Journal of Osteoarchaeology. 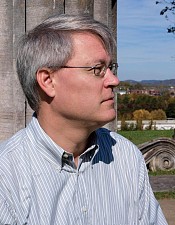