Arthur Demarest earned his B.A. in anthropology at Tulane University where he graduated Summa Cum Laude and was awarded the Dean’s medal.  He earned PhD in anthropology and archaeology with Highest Distinction from Harvard University and was elected to Harvard’s Society of Fellows.  Professor Demarest now holds the Ingram Chair and is Director of the Vanderbilt Institute of Mesoamerican Archaeology and Development.  He is considered an authority on the ancient Maya civilization and its mysterious collapse as well as ancient religion, the collapse of civilizations, ethics in development, and anthropological theory.  Professor Demarest is the author of over 200 articles or chapters and many books on Pre-Columbian archaeology, anthropology, and religion.   He has just completed his 33rd season of his archaeological field excavations in the jungles, highlands, and coasts of Central America.

In recognition of his teaching and training of Guatemalan Ph.D.'s in archaeology, Professor Demarest has received the Order of the Matt, Guatemala's archaeology career leadership award, as well as an honorary doctorate from the Universidad del Valle de Guatemala. In 2004, in recognition of his work in community development, archaeology, and education he was awarded the Orden Nacional del Patrimonio Cultural by the President of the Republic of Guatemala. His work in archaeology and development and the Vanderbilt regional system of Q'eqchi Maya community-managed archaeological sites and parks have been honored by awards and exhibitions in New York, Scandinavia, Guatemala, and Brazil. Dr. Demarest and his archaeology research and community development projects have been profiled in Science and American Archaeology.

Most importantly, in a recent eight hour Maya Hac ritual, the Q’eqchi’ Maya communities of the Upper Pasion River region sacrificed a bull in recognition of Vanderbilt’s projects there, an unprecedented honor for the university! 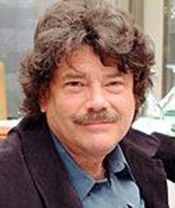