I study Indigenous peoples in Brazil focusing on urbanity, law, migration, racial and ethnic inequality, and citizenship in the Brazilian Amazon. In this analysis, I perceived that Brazilian indigenist laws vaguely defined Indigenous people’s legal standing based on the differentiation between “wild” and “civilized Indians.” The latter status depended on subjective evaluations of the fulfillment of civilization markers, subjugation, and loss of Indianness, which I argue made citizenship fought over in a case-by-case manner. This situation ended up creating a permanent position of Indigenous people as “becomings” and never as full citizens in nineteenth-century Brazil, in which, in practice, even the fulfillment of the “marks of civilization” would not prevent their abuse like child separation, forced conscription to work regimes, and denial of rights. This vague Indigenous people’s legal standing and the broad definition of orphanhood opened a discursive space around the “problem of orphanhood,” which targeted Indigenous, Black, and mixed-race children as “at risk” under the guardianship of their Black and brown parents and “a risk” to the future of the recently inaugurated Brazilian nation requiring fast, early, and arbitrary intervention to insert them in a Western labor routine and strict discipline to avoid future idleness and poverty. My research takes historical evidence and considers it anthropologically, contributing to contemporary conversations and theoretical developments in cultural anthropology and Latin American history. My postdoctoral research proposal draws from this study to further the analysis of Indigenous children's treatment and work routine to understand the logic of people's movements and the creation of urbanity in the Amazon. As part of the Collaborative Humanities postdoctoral fellowship, I plan to develop the undergraduate course “Urban Indigeneities” to further students' understanding of the correlation between city planning, design, and laws with marginalization and symbolic violence in the form of forced assimilation as well as Indigenous peoples' fight to exist in cities throughout the Americas. 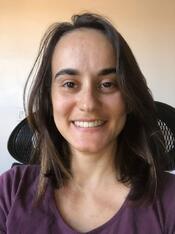