Anthropology is a holistic discipline, centered on the study of human cultures. Using methods from both the sciences and the humanities, anthropology helps us to understand the world around us. Anthropologists work in a wide variety of settings around the globe, including rain forests, high-altitude environments, rural villages, and large cities. Vanderbilt’s department is broadly focused on Latin America, and faculty members maintain ongoing research projects in Mexico, Guatemala, El Salvador, Brazil, Bolivia, Peru, Argentina, and Chile.

Social and Cultural Anthropology is the study of contemporary societies, their social organization, ideologies, beliefs, and practices. It is usually based on long-term field research, intimate knowledge of communities and individuals, and in-depth understanding of the social relationships that connect localities to broader historical, political, cultural and economic processes. The major result of this work is an expanded knowledge of the human condition that goes well beyond the boundaries of Western society. Cultural anthropologists at Vanderbilt, including Professors Beth Conklin, Lesley Gill, Ted Fischer, and Norbert Ross, are actively engaged in research in Brazil, Colombia, Mexico, and Guatemala. Their specializations include native languages; gender and sexuality; community and household organization; health; ethnic nationalism and identity politics; economic development and rain forest ecology; cognitive approaches to culture; peasant economies and exchange systems; political violence and class formation; and changing perspectives on the state. Classes at Vanderbilt introduce students to the anthropology of North, Central, and South America. They address a broad variety of topics, including medical anthropology; the anthropology of religion; activism; gender; cognitive anthropology; and globalization, from various theoretical perspectives.

As the anthropological study of humanity through material remains, archaeology is uniquely equipped not only to illuminate the achievements of past societies but also the more every day—but just as fascinating—aspects of the human experience that would otherwise go unnoticed. As a sub-discipline of anthropology, archaeology is both a set of investigative methods and an ever-changing body of knowledge and theory about human sociocultural diversity and change. Archaeologists document not only the global diversity of human cultures but also the full scale of human history. In this sense, archaeology is geographically broad and chronologically deep in the quest for understanding human diversity in all its expressions. Vanderbilt's renowned program in archaeology is distinctive for the number of faculty specializing in the Americas, including Professors Arthur Demarest, William Fowler, Steve Wernke, and Markus Eberl. Faculty expertise spans the New World, with research interests that include the initial peopling of the Americas, the great civilizations of Mesoamerica and the Andes, and the colonial and republican-era encounters between indigenous societies and Europeans. Classes at Vanderbilt introduce students to cultures of the Old and the New World and to a wide range of topics including Geographical Information Systems (GIS), community archaeology, ancient cities, and the collapse of civilizations. Vanderbilt also offers various archaeological field and lab work opportunities in Latin America for undergraduate and graduate students. 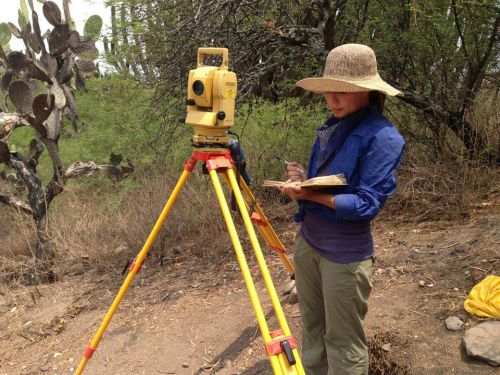 Biological anthropology focuses on biological and biocultural aspects of human experiences. In our department, Dr. Tiffiny Tung is a bioarchaeologist, bridging the sub-disciplines of biological anthropology and archaeology. Her primary research focuses on the 'bioarchaeology of imperialism', which includes the study of how imperial policies and practices impact the human body. She collects and analyzes paleopathological data, skeletal trauma data (especially as related to violence-related injuries), and stable isotope data to elucidate the impact of imperialism on individual and community health, diet, and lived experience. Dr. Jada Benn Torres is a bioanthropologist with a focus in genetic anthropology, a sub-discipline within biological anthropology, which borrows the tools and techniques of molecular genetics to address anthropological questions. Recognizing that humans are more than a sum total of their genetics, we emphasize the use of biocultural approaches to understanding how culture affects and influences patterns of human genetic variation.

Linguistics is the study of human languages, their structure, and their transformation. Anthropological linguists dedicated themselves to the documentation of contemporary and extinct languages, and to the study of the relationship between language, culture, cognition, and social change. In Vanderbilt's anthropology program, Senior Lecturer Mareike Sattler focuses on modern Mayan languages. The University offers courses in linguistic anthropology and Mayan languages.

As a holistic field, Vanderbilt Anthropology also benefits from its association with interdisciplinary centers including the Center for Latin American and Iberian Studies, and the Robert Penn Warren Center for the Humanities and the Center for Digital Humanities.

Link(s) of the month: