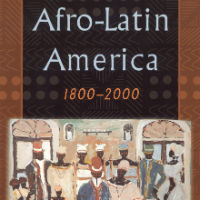 While the rise and abolition of slavery and ongoing race relations are central themes of the history of the United States, the African diaspora actually had a far greater impact on Latin and Central America. More than ten times as many Africans came to Spanish and Portuguese America as the United States. In this, the first history of the African diaspora in Latin America from emancipation to the present, George Reid Andrews deftly synthesizes the history of people of African descent in every Latin American country from Mexico and the Caribbean to Argentina. He examines how African peooples and their descendants made their way from slavery to freedom and how they helped shape and responded to political, economic, and cultural changes in their societies. Individually and collectively they pursued the goals of freedom, equality, and citizenship through military service, political parties, civic organizations, labor unions, religious activity, and other avenues.