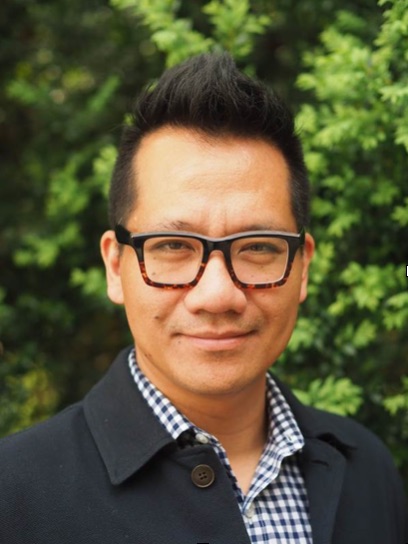 Ben Tran’s research examines the politics and aesthetics of twentieth- and twenty-first-century Southeast Asian, Asian American, and Anglophone literatures. As the repercussions of colonialism and decolonization, modern warfare, climate change, and globalization continue to unfold in Southeast Asia and the Pacific Rim, he examines how literary and cultural works depict and resist modernity’s vertiginous transformations.

His first book, Post-Mandarin: Masculinity and Aesthetic Modernity in Colonial Vietnam (Fordham UP 2017), examines how the radical 1919 displacement of the 1000-year-old Chinese-influenced mandarinal system by a French baccalaureate curriculum created the conditions for modern Vietnamese literature. The book illuminates how European-educated natives assumed the intellectual authority of the mandarin by embracing European fields of knowledge, a new romanized alphabet, print media, and an audience of women readers.

Ben Tran’s current scholarship has two trajectories. The first traces how the biological necessity of breathing has become a universal right to breath. He does so by studying the weaponization and engineering of the atmosphere, transnational police tactics, and the history of air conditioning.

The second, Foreign Mother Tongues: Literary Dubbing and Modern Literature, examines the shifting politics behind post-World War II representations of Southeast Asia through what he calls “literary dubbing.” A form of translation, “literary dubbing” occurs when the language that the reader encounters on the page is not the same language in which characters think and speak. Literary dubbing is a ubiquitous practice and topic in postcolonial and diasporic literature, from the language debate in African literature to Sinophone writing, and from ethnic modernism to Asian American literature. Yet it has been an undertheorized and understudied phenomenon, in part because it operates as a kind of invisible translation that occurs during the author’s writing process. The project foregrounds Southeast Asian anticolonial literatures and diasporic literature’s Cold War context, examining how these literatures’ Cold War political stakes and complexities are obscured by contemporary globalization.

Recently, his course offerings include racialization and capitalism (graduate), land and (dis)possession (graduate), blackness and the Asian Century, the history and culture of the Third World movement, and cultural representations of the Vietnam War.