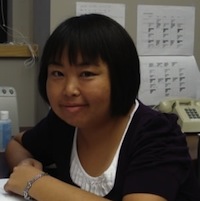 Yinghui Guo specializes in Modern Chinese Language, Advanced Chinese, Classic Chinese, Chinese Literature. She has served as an instructor at C.V.Starr-Middlebury school in China, where she taught Chinese to American students from 2004 to 2008. Yinghui has taught Introduction to Classical Chinese, Selected Readings in Modern Literatures, and specializes in one on one Conversational Chinese.

A Reportage of Eunuch (contributing editor). People's Press of Shanxi, 2001.

"Creative Characteristics Of The Operas Of Buddhism And Taoism During The Mid And Later Period Of The Ming Dynasty" Journal of Northwestern Polytechnic University, 2006/4.

"Music Soul and Poem Imago——A Re-discussion of the Creation of Music-
Appreciation Poems in Tang "  Journal of Nanjing University of  Aeronautics and Astronautics, 2006/2.

"The Study of Rules, Rhymes and Forms of Classical Poetic Composition" Journal of Inner Mongolia University, 2001/33.