She is the author of fifteen scholarly books, including, Response Ethics (Roman & Littlefield 2018), Carceral Humanitarianism: The Logic of Refugee Detention (University of Minnesota 2017); Hunting Girls: Sexual Violence from The Hunger Games to Campus Rape, (Columbia 2016); Earth and World: Philosophy After the Apollo Missions, (Columbia 2015). Technologies of Life and Death: From Cloning to Capital Punishment (Fordham 2013); Knock me up, Knock me down: Images of Pregnancy in Hollywood Film (Columbia 2012); Animal Lessons: How They Teach us to be Human (Columbia 2009); Women as Weapons of War: Iraq, Sex and the Media (2007); The Colonization of Psychic Space: A Psychoanalytic Theory of Oppression (Minnesota 2004); Noir Anxiety: Race, Sex, and Maternity in Film Noir (Minnesota 2002); and perhaps her best known work, Witnessing: Beyond Recognition (Minnesota 2001). Her work has been translated into eight languages. Most recently, she has published three novels in The Jessica James, Cowgirl Philosopher, Mystery Series.

She has published in The New York Times, and has been interviewed on ABC television news, various radio programs, and Canadian Broadcasting network.

I recently participated in a seminar at Columbia University on Nietzsche and Irigaray. In October 2009, I gave a keynote address at the 25th Anniversary Hypatia Conference in Seattle. The lecture is available as a podcast or you can watch it (and other videos) on my vimeo channel. I was also recently interviewed on the ABC News show "World View." That interview, which focuses on women in the military and my book Women as Weapons of War, can be viewed on the ABC website.

Click Here to hear a lecture I gave at the Vancouver Institute on 10/2/2004: "Conflicted love: Why we feel so unloved and unlovable"

What does it mean to be a responsible subject in a world of pervasive violence? How should we be responsible witnesses in the face of gross injustice? Indeed, how should we respond to atrocities that often leave us speechless and powerless?

In this seminal volume, Kelly Oliver articulates a “response ethics” as an alternative to mainstream moral frameworks such as utilitarianism and Kantianism. Oliver’s response ethics is grounded in an innovative understanding of subjectivity. Insofar as one’s subjectivity is informed by the social, and our sense of self is constituted by our ability to respond to our environment, reconceptualizing subjectivity transforms our ethical responsibility to others.

Oliver’s engagement in various debates in applied ethics, ranging from our ecological commitments to the death penalty, from sexual assaults on campus to reproductive technology, shows the relevance of response ethics in contemporary society. In the age of pervasive war, assaults, murder, and prejudice, Response Ethics offers timely contributions to the field of ethics

Coopted by military operations, humanitarianism has never been neutral. Rather than welcoming refugees, host countries assess the relative risks of taking them in versus turning them away, using a risk-benefit analysis that often reduces refugees to collateral damage in proxy wars fought in the war on terrorism. Carceral Humanitarianism testifies that humanitarian aid and human rights discourse are always political and partisan.

Katniss Everdeen (The Hunger Games), Bella Swan (Twilight), Tris Prior (Divergent), and other strong and resourceful characters have decimated the fairytale archetype of the helpless girl waiting to be rescued. Giving as good as they get, these young women access reserves of aggression to liberate themselves—but who truly benefits? By meeting violence with violence, are women turning victimization into entertainment? Are they playing out old fantasies, institutionalizing their abuse?

In Hunting Girls, Kelly Oliver examines popular culture's fixation on representing young women as predators and prey and the implication that violence—especially sexual violence—is an inevitable, perhaps even celebrated, part of a woman's maturity. In such films as Kick-Ass (2010), The Girl with the Dragon Tattoo (2011), and Maleficent (2014), power, control, and danger drive the story, but traditional relationships of care constrict the narrative, and even the protagonist's love interest adds to her suffering. To underscore the threat of these depictions, Oliver locates their manifestation of violent sex in the growing prevalence of campus rape, the valorization of woman's lack of consent, and the new urgency to implement affirmative consent apps and policies.

Critically engaging the work of Immanuel Kant, Hannah Arendt, Martin Heidegger, and Jacques Derrida together with her own observations on contemporary politics, environmental degradation, and the pursuit of a just and sustainable world, Kelly Oliver lays the groundwork for a politics and ethics that embraces otherness without exploiting difference. Rooted firmly in human beings' relationship to the planet and to each other, Oliver shows peace is possible only if we maintain our ties to earth and world.

Oliver begins with Immanuel Kant and his vision of politics grounded on earth as a finite surface shared by humans. She then incorporates Hannah Arendt's belief in plural worlds constituted through human relationships; Martin Heidegger's warning that alienation from the Earth endangers not only politics but also the very essence of being human; and Jacques Derrida's meditations on the singular worlds individuals, human and otherwise, create and how they inform the reality we inhabit. Each of these theorists, Oliver argues, resists the easy idealism of world citizenship and globalism, yet they all think about the earth against the globe to advance a grounded ethics. They contribute to a philosophy that avoids globalization's totalizing and homogenizing impulses and instead help build a framework for living within and among the world's rich biodiversity.

Little Hans's Little Sister in Philosophia: a journal of continental feminism, Fall 2010.
Julia Kristeva's Maternal Passions in The Journal of French and Francophone Philosophy, Vol. 18, no. 1, 2010.
Enhancing Evolution: Whose Body? Whose Choice? in The Southern Journal of Philosophy, Vol. 48. Spindel Supplement, 2010.
Animal Ethics: Toward an Ethics of Responsiveness in Research in Phenomenology, 40 (2010) 267-280.
Sexual Difference, Animal Difference: Derrida and Difference "Worthy of Its Name" in Hypatia, Vol. 24, no. 2, 2009.
Technologies of Violence and Vulnerability
Witnessing Subjectivity
Response to Reviews of The Colonization of Psychic Space: Towards a Psychoanalytic Social Theory in Symposia on Gender, Race and Philosophy, Vol. 4, no. 1, 2008.
Stopping the Anthropological Machine: Agamben with Heidegger and Merleau-Ponty in PhaenEx 2, no. 2, 2007.
Innocence, Perversion, and Abu Ghraib in Philosophy Today, Vol. 19, no. 53, 2007.
Animal Pedagogy: The Origin of 'Man' in Rousseau and Herder in Culture, Theory & Critique, Vol. 47, no. 2, 2006.
The Good Infection in parallax, Vol. 11, no. 3, 2005
Witnessing and Testimony in parallax, Vol. 10, no. 1, 2004

Recent Undergraduate Courses: Feminism and Film, Ethics and Animals, Limits of the Human in Philosophy and Film 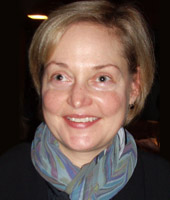