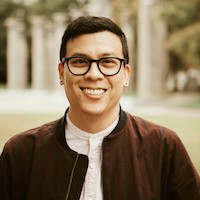 Mark John Sanchez has research and teaching interests in the Philippines, human rights, social movements, Asian American studies, labor & migration, and gambling. He earned his Ph.D. in History with a graduate minor in Asian American Studies at the University of Illinois at Urbana-Champaign. Prior to joining Vanderbilt, he taught in the Committee on Degrees in History & Literature at Harvard University and served as an Advising Fellow for the Committee on Ethnicity, Migration, Rights.

Mark is currently working on a book manuscript, tentatively entitled "Conditional Solidarities: The Making of a Transnational Opposition to the Marcos Dictatorship, 1972-1986.” The book traces the foundations of the international opposition to the Marcos regime in the Philippines, focusing on religious human rights workers, international law activists, activist educators, journalists, and political detainees. The project draws upon archives and oral histories in the United States, the Netherlands, and the Philippines.

Mark is also working on a project on gambling and Asian diasporic migration. Through this project, he is interested in exploring the connections between capitalism and migrant engagements with the idea of chance.

Forthcoming: “Anti-Martial Law Memory and the Possibilities of Comparison” for “We Are Living Under Martial Law” Project for Social Text

2017 "Human Rights and the Task Force Detainees of the Philippines: Religious Opposition to the Marcos Dictatorship, 1972-1986," Kritika Kultura Journal, vol. 29