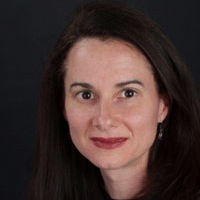 Professor Rogaski is a historian of Qing and modern China, with allied interests in the history of medicine, urban history, women’s and gender history, and social and cultural history in early modern and modern East Asia.  She is the author of  Hygienic Modernity: Meanings of Health and Disease in Treaty-Port China (University of California Press, 2004), which traces how hygiene became a crucial element in the formulation of Chinese modernity in the nineteenth and twentieth centuries. Hygienic Modernity was awarded the Fairbank Prize in East Asian history, the Levenson Prize in Chinese studies, the Welch Medal in the history of medicine, and was co-recipient of the Berkshire Prize.  She has written widely on topics such as germ warfare, Chinese orphanages, and martial arts history. At present she is completing The Nature of Manchuria, which examines the intersection between natural history and projects of empire in northeast Asia from the seventeenth century to the present. Grants and fellowships from the John Simon Guggenheim Memorial Foundation, the National Science Foundation, and the American Philosophical Society have funded her research and writing.