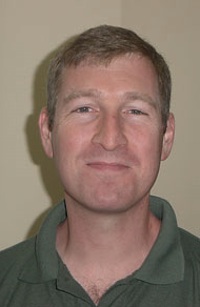 Peter Lorge is a historian of 10th and 11th century China, with particular interest in Chinese military, political and social history. He is author of The Reunification of China: Peace Through War under the Song Dynasty (Cambridge, 2015),  Chinese Martial Arts: From Antiquity to the Twenty-First Century (Cambridge University Press, 2012),  The Asian Military Revolution: From Gunpowder to the Bomb (Cambridge University Press, 2008), and  War, Politics and Society in Early Modern China (Routledge, 2005). Lorge is co-editor with Kaushik Roy of Chinese and Indian Warfare: From the Classical Age to 1870 (Routledge, 2014), and editor of Debating War in Chinese History (Brill, 2013),  Five Dynasties and Ten Kingdoms  (The Chinese University Press, 2011), and  Warfare in China to 1600  (Ashgate, 2005).  His book series with Routledge, Asian States and Empires, has published thirteen books.

Peter Lorge is one of the founders, and executive board members, of the Chinese Military History Society. He won the Harriet S. Gilliam Award for Excellence in Teaching in 2004, and has appeared on CNN to discuss Chinese military affairs. In 2007, he attended The Johns Hopkins School of Advanced International Studies workshop on teaching National Security at Basin Harbor.