Professor Sharpley-Whiting is the Gertrude Conaway Vanderbilt Distinguished Professor of Humanities (AADS and French), Chair of African American and Diaspora Studies, and Director of the Callie House Center. She is the author/editor or co-editor of thirteen books. She is currently researching Men I'd Like to Have Known , a biographical study of four African diasporic figures across French historical movements. She is co-editor of the Norton Anthology of Theory and Criticism, editor of the journal Palimpsest, one of the series editors of "Blacks in the Diaspora" (Indiana University Press, 2007-2015), and co-series editor of "Philosophy and Race" (SUNY Press). She served on the Executive Council of the Modern Language Association (2014-2018). 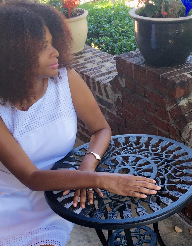