Terryl Hallquist is an Associate Professor and Co-director of Vanderbilt University Theatre. With an emphasis in acting and directing, she has staged over sixty plays, including the Nashville premiere of Angels in America, Part I. Comfortable with both contemporary and classical drama, her recent directing credits for VUT include The Playboy of the Western World, The Merchant of Venice, G.B. Shaw’s Misalliance, Wilder’s Our Town, and The Seagull. Most recently, she directed an adaptation of Pride and Prejudice, The Liar, adapted by David Ives from the comedy by Pierre Corneille, and The Taming of the Shrew. In addition to classes in acting and directing, her teaching duties at Vanderbilt include Mask Performance and Shakespeare in the Theatre. She performed in the Pa’s Fiddle Project for The Appalachian Celebration at the Blair School of Music. For the First International Thornton Wilder Conference at The College of New Jersey, she chaired the professional directing panel and presented a paper on three of Wilder’s one-act plays. An active member of Association of Theatre in Higher Education (ATHE) she will be participating in a New Play staged reading for the upcoming summer conference in Washington, D.C. in addition to presenting a paper. Professor Hallquist is a member of the Board of Directors of the Thornton Wilder Society and earned her Ph.D. from the University of Michigan. 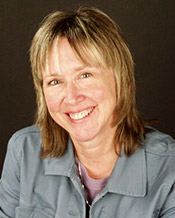