His plays include The Body; Conflict House; Sergio’s Museum; Emergency Prom; the Humana Festival anthology Oh, Gastronomy!; The Wedding Guest, commissioned by Actors Theatre of Louisville; anadaptation of Pirandello’s Six Characters in Search of an Author commissioned by The Hypocrites (Chicago); and the adaptation Kafka’s Metamorphosis, commissioned by Walden Theatre and Middle Tennessee State University.

He has also co-written three plays with his wife and colleague, Diana Grisanti: The Two Lobbyists of Verona, the first world premiere in the more than 50-year history of Kentucky Shakespeare, a co-production with Theatre [502]; The Stranger and Ludlow Quinn, a serialized epic commissioned by [502]; and The Baker Goes to War, commissioned by Walden Theatre.

Three of his plays (Emergency Prom, Six Characters, and Oh, Gastronomy!) are published by Playscripts, and shorter work has been published in collections by Samuel French and Smith and Kraus. 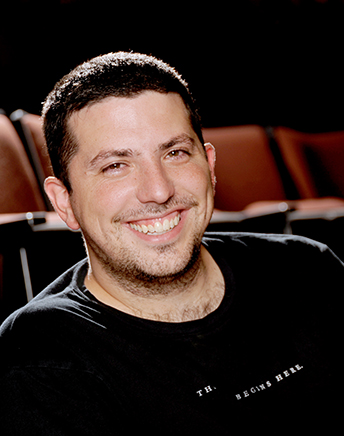