A show business professional for nearly 50 years, Mark Cabus is a skilled actor, director, and writer classically trained in England, New York, and Washington DC. While having performed all over the world, he is recognized in the Southeast for his work with the Alliance Theatre, Georgia Shakespeare, Theatrical Outfit, Actors Express, Horizon Theatre, the Clarence Brown Company, Nashville Rep, the Nashville Shakespeare Festival, and his own company, Naked Stages. Twice, The Tennessean and Nashville Scene honored Mark as the city’s Best Actor and Best Director. His film and television credits range from the Oscar-nominated Selma, John Grisham’s The Client, Nicholas Sparks’ The Longest Ride, HBO’s third season of True Detective to recurring roles on the Fox series The Resident and AMC’s TURN: Washington’s Spies.

An educator of merit, Mark serves on the faculties of both Vanderbilt and Belmont universities but has taught under the auspices of Emory University, the Brooklyn Arts Council, the Digital Arts and Cinema Technology School of Cobble Hill, the Georgia Shakespeare Summer Conservatory, the Tennessee Governor’s School for the Arts, and the Nashville Film Institute. He served as a guest lecturer and teaching artist at the University of the South, the Alliance Theatre, and the Tennessee Performing Arts Center’s Education program. As a Director of Education, he spearheaded programs at Atlanta’s Theatrical Outfit and Nashville’s Green Room Projects. He is recognized as both a Tennessee Arts Commission/Ingram Industries Individual Artist and a Tennessee Williams Fellow. Mark is published in Teaching Artist Journal. 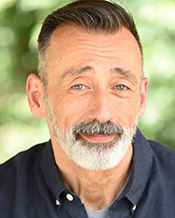