Associate Professor Leah Lowe earned her PhD from Florida State University, her MFA in Directing from the University of Minnesota, and her BA from Oberlin College. Since coming to Vanderbilt in the fall of 2011, she has directed productions of Carlo Gozzi’s The Green Bird and Dead Man’s Cell Phone by Sarah Ruhl. Her artistic interests include acting, directing, and devised performance. Her scholarly interests include popular American theatre of the nineteenth century, theories of comedy, and gender performance in theatre and drama. Her work has been published in Theatre Topics, Theatre Journal, and Theatre Symposium. 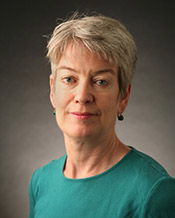