After acting and teaching in Michigan, Jon arrived at Vanderbilt in 1985. Since that time, in addition to directing mainstage productions, he has taught various classes in acting, dramatic literature, theatre history, and film. In 1990, he and his wife, Terryl, were named Co-Directors of Theatre at Vanderbilt, a position he continues to fill at the present time. He also functions as the department’s Director of Undergraduate Studies and serves as departmental advisor to theatre majors and minors. In addition to the various university committees on which he has served, Jon acted many years as a faculty pre-major advisor, winning the Outstanding Freshman Advisor Award in 1993. Besides his two marvelous children, he is perhaps proudest of an endowment recently created by former students to honor his wife’s and his contribution as teachers over the past three decades. 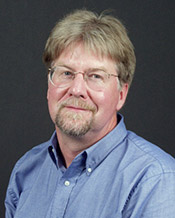