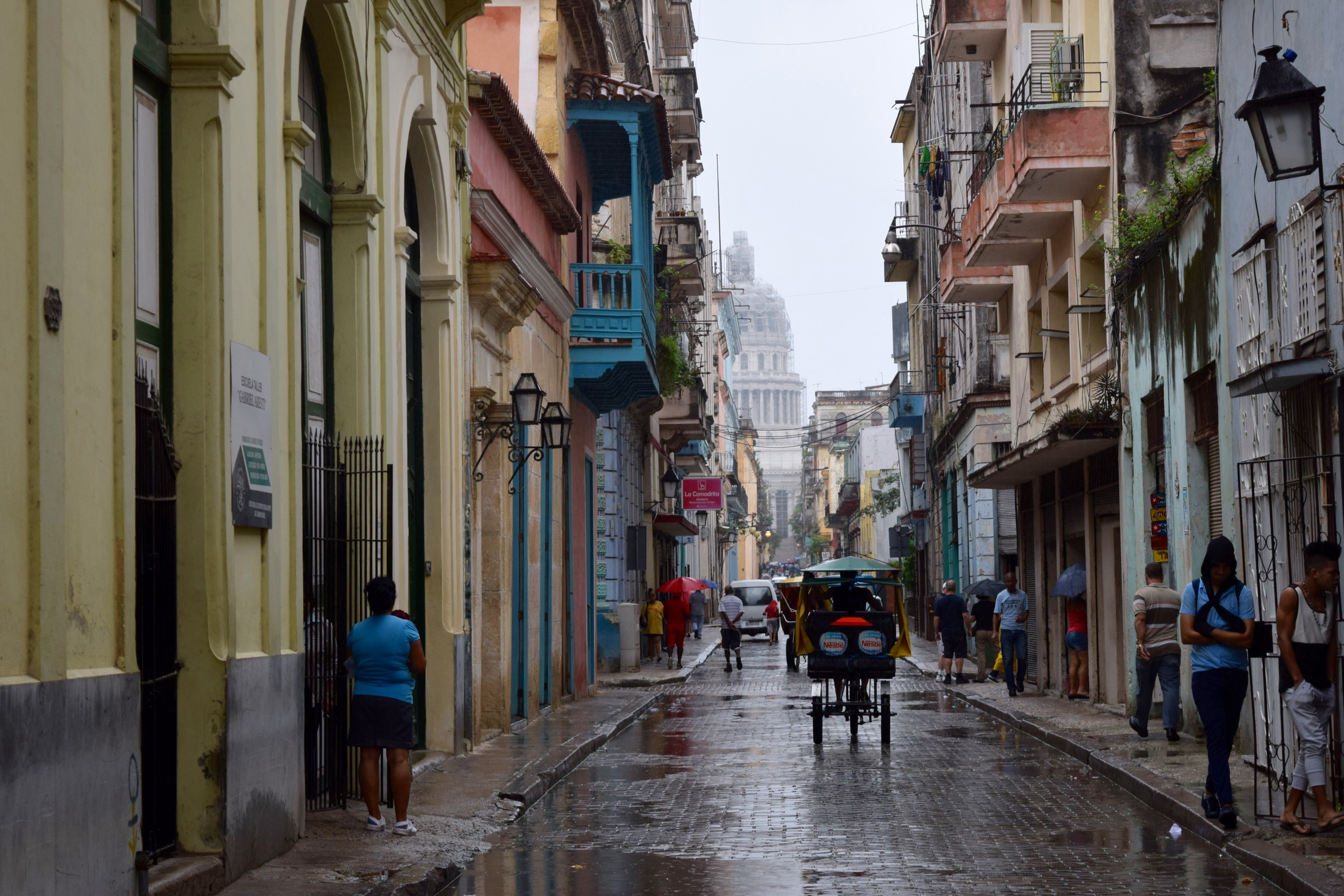 History of the Department

By the late 1960s, the Department of Spanish and Portuguese had emerged from an earlier Department of Romance Languages, due to an expansion of academic programs and faculty in the College of Arts and Science. Noted faculty prior to and during that period included Paul T. Manchester, C. Maxwell Lancaster, Earl W. Thomas, William H. Roberts, John L. Bingham, Alexandrino E. Severino, and J. Richard Andrews. The newly created Department of Spanish and Portuguese found a home at that time in the recently renovated Furman Hall, formerly a science building and one of the few limestone structures on the Vanderbilt campus. The graduate program benefited from federal funding and institutional support for the Institute for Brazilian Studies, which eventually became the Graduate Center for Latin American Studies and later the Center for Latin American and Iberian Studies (CLAIS) under the leadership of Enrique Pupo-Walker. Pupo-Walker brought a renewed sense of purpose and vision to the center, currently named Center for Latin American, Caribbean, and Latinx Studies (CLACX). Meanwhile, the undergraduate program began to flourish with the 1964 creation of the Vanderbilt in Spain program at the Universidad Complutense de Madrid, one of the first of its kind in Spain. Over the next 50 years, countless Vanderbilt Spanish majors and minors took advantage of the opportunity to further their studies there, under the direction of a Vanderbilt faculty member. Study abroad, now offered in a multitude of Spanish-speaking countries, continues to be an important factor in the undergraduate program.

The year 1980 witnessed the organization of an international symposium held at Vanderbilt on Spain’s transition from nearly 40 years of dictatorship to democracy: Spain 1975-1980: The Conflicts and Achievements of Democracy, organized by Enrique Pupo-Walker, John Crispin, and José Luis Cagigao. The symposium, which included the participation of numerous specialists in the fields of Spanish history, politics, and culture, as well as several Spanish political figures (Manuel Fraga), writers (Francisco Ayala), filmmakers (Pilar Miró), newspaper editors (Juan Luis Cebrián), and journalists (Rosa Montero) of that period, produced two volumes of proceedings published in a bilingual edition and edited by the symposium’s principal organizers.

The decade of the 1980s was an especially active and important period in the history of the Department of Spanish and Portuguese, and it was one also characterized by an increase in the number of the department’s faculty and students, as well as an expansion of its programs of study. John Crispin served as chair during most of the 1980s and 90s. The year 1984 saw the appointment of the department’s first named chair, that of Centennial Professor Miguel Enguídanos, along with the appointment of Philip D. Rasico, who expanded course offerings in Hispanic linguistics. That same year also witnessed the arrival of Russell G. Hamilton, Professor of Spanish and Portuguese, who also served as Dean of Graduate Studies and Research, the first African American named to such a position of leadership in the history of Vanderbilt University and one which he held for 16 years. Victoria Burrus entered the department in 1986, joined the following year by Francisco Ruiz-Ramón and Cathy L. Jrade, who would later serve as the department’s chair for many years. The late 1980s and early 1990s saw the addition of other distinguished scholars to the faculty, including Christopher Maurer and William Luis, thereby strengthening the programs in Spanish Peninsular and Spanish American literatures, as well as in Afro-Hispanic and Latino Studies. During that same period, the Department of Spanish and Portuguese hosted a number of internationally distinguished scholars, including Sir Peter E. Russell, Jorge Edwards, Fábio Lucas, Massaud Moisés, and Claudio Guillén. In 1989, Philip D. Rasico offered the first Catalan language class at the university, an addition that complemented the department’s programs of study and contributed to a fuller and more accurate reflection of the linguistic and cultural diversity of the Iberian Peninsula.

Under the leadership of Cathy Jrade as chair, in the mid- to late 1990s and early 2000s Andrés Zamora, Earl Fitz, Edward Friedman, Emanuelle Oliveira, Christina Karageorgou-Bastea, Jason Borge, Carlos Jáuregui, Susan Berk-Seligson, and Benigno Trigo joined the faculty of the Department of Spanish and Portuguese, with Professors Fitz and Oliveira adding considerable strength to the Portuguese side of the program. Edward Friedman held the position of director of the Robert Penn Warren Center for the Humanities from 2008 to 2019, and William Luis became the director of the newly created Latino and Latina Studies program from 2013-2019. The early 2000s also saw the introduction of cutting-edge service-learning courses for undergraduates, such as Latino/Immigration Experience, created and taught for years by Elena Olazagasti-Segovia, and Spanish, Health and Society, developed, along with with other Spanish for the Profession courses, by Lori Catanzaro. Professor Efraín Kristal of UCLA visited for a semester and brought to campus the world-renowned author Mario Vargas Llosa for a conference of national importance.  The department has been instrumental in facilitating lectures by notable scholars and authors, Ernesto Cardenal, Roberto González Echevarría, Alan Deyermond, Rigoberta Menchú, Itziar Pascual, Gregory Rabassa, David William Foster, John J. Allen, Robert ter Horst, Luciano García Lorenzo, Marina Brownlee, Sara Castro-Klarén, Gustavo Pérez Firmat, David Gies, J. A. Garrido Ardila, Howard Mancing, Jesús Torrecilla, AkikoTsukiya, Mar Zubieta, José Luis Raymond, and Lou Charnon-Deutsch, to name but a few.  Thanks to all the academic successes over the years, the department became recognized as a scholarly powerhouse, attracting graduate students from the most prestigious institutions around the country and the world. These graduate students earned positions at strong teaching and research universities in diverse areas of the discipline. The National Research Council placed the Department of Spanish and Portuguese in the top 10% of 60 U.S. Ph.D.-granting programs in research in 2010. The year 2012 saw the department welcome three additional faculty members: Ruth Hill, José Cárdenas Bunsen, and N. Michelle Murray, who was appointed after serving two years as a Mellon Assistant Professor. Similarly, Anna Castillo arrived as a Mellon Assistant Professor in 2017 and became an assistant professor in 2021. Luis Fernando López González is the latest addition to the department, as of 2018. Throughout the years, the department has depended heavily on the outstanding work of many lecturers, senior lecturers, principal senior lecturers, and professors of the practice, as reflected in the current faculty roster of individuals at such ranks. Without their professionalism and dedication, the department simply could not have achieved the same level of success.

Recipients of endowed chairs include Enrique Pupo-Walker, Francisco Ruiz Ramón, Cathy Jrade, William Luis, Edward Friedman, Ruth Hill, and Benigno Trigo. Numerous members of the Department of Spanish and Portuguese have received prestigious teaching and advising awards, such as the Chancellor’s Cup (John L. Bingham and M. Fräncille Bergquist), the Jeffrey Nordhaus Award for Excellence in Undergraduate Teaching (Andrés Zamora and Edward Friedman twice), the Faculty Adviser Award (Victoria Burrus, María Paz Pintané, and John L. Bingham), the College of Arts and Science Graduate Mentoring Award (Edward Friedman), the Harriet S. Gilliam Award for Excellence in Teaching by a Lecturer or Senior Lecturer (Elena Olazagasti-Segovia), the Madison Sarratt Prize for Excellence in Undergraduate Teaching (M. Fräncille Bergquist), the Ellen Gregg Ingalls Awards for Excellence in Classroom Teaching (Elena Olazagasti-Segovia), the Outstanding Graduate Teaching Assistant Award (Clara Mengolini and Denise Callejas), and the Award for Excellence in Teaching in a World Language (Elvira Aballi Morell and Carolina Rodríguez Tsouroukdissian). The department has also been home to three leading professional journals: the Bulletin of the Comediantes, edited by Edward Friedman, the Afro-Hispanic Review, edited by William Luis, and the Vanderbil e-Journal of Luso-Hispanic Studies, edited by Christina Karageorgou-Bastea. The Afro-Hispanic Review and the Vanderbilt e-Journal of Luso-Hispanic Studies are still edited from the department.