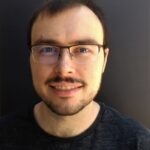 A Philosophy of Class in the Twenty-First Century

Emerson Bodde’s research interests mainly revolve around the history of political philosophy and the development of socio-political concepts, with an emphasis on the 19th and 20th centuries. Bodde’s dissertation project is centered on reviving the mid-20th century debate on how social class ought to be defined in philosophy, in light of the recent reemergence of class-related theories of justice, social identity, and a relative absence of both clarity about the concept or continuity with the old debates. In part, this conceptual ambiguity can be alleviated by an interdisciplinary engagement by philosophy with the theoretical debates within both history and sociology. 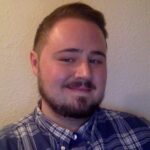 Cameron Clark is a joint Ph.D. candidate in English and Comparative Media Analysis and Practice at Vanderbilt University. He received his MA from Michigan State University in 2017 with a specialization in film, visual culture, and digital media. His research interests are at the intersections of gender and sexuality studies, theories of de/coloniality, global film history, and the environmental humanities. His dissertation “Black Queer and Trans Anthropocenes” reads post-1970s Black queer and trans studies, aesthetics, politics, and modes of affiliation for their insights into various ecological and climatological crises. 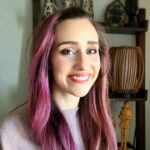 Joe and Mary Harper Fellow, Department of Spanish and Portuguese

Caroline Beard Colquhoun is a Ph.D. candidate in Spanish Literature and Comparative Media Analysis & Practice. She specializes in contemporary Spanish literature and film, and her research interests include migration, economic crisis, historical memory, gender, sexuality, and decoloniality. Her dissertation analyzes contemporary representations of the Western Sahara and Equatorial Guinea, two former Spanish colonies in Africa. She proposes that that works by younger Sahrawis and Equatoguineans challenge the current regimes’ monolithic discourses and defy binary conceptualizations of postcolonial domination and resistance. Her work is published in Arizona Journal of Spanish Cultural Studies, Revista de ALCESXXI, and Divergencias. 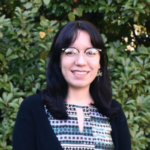 Sahai Couso Díaz is a sixth-year joint-Ph.D. candidate in Spanish Studies and Comparative Media Analysis and Practice at Vanderbilt University. She is a 2022-2023 Robert Penn Warren Center for the Humanities Graduate Student Fellow. Sahai received her BA from the University of Havana in 2013 and her MA from Vanderbilt University in 2019. She was a HASTAC scholar and she received a 2020-2021 Mellon Graduate Student Fellowship in Digital Humanities. Her essays have appeared in Bulletin of Hispanic Studies, Chasqui, and Confluencia: Revista Hispánica de Cultura y Literatura. 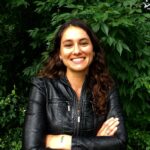 Christianity in Relationship: The Lure of Superiority in a World of Religious Diversity and Multiplicity

Rachel A. Heath is a Ph.D. candidate in religion, specializing in Christian theologies. Her research explores the intersections of theories of multiplicity, queer and feminist thought, affect theory, and interfaith praxis in U.S. contexts. She has previously published on themes of multiple religious belonging and feminist approaches to multifaith chaplaincy. During the 2021-2022 academic year, she had the honor of serving as a Visiting Lecturer in the Religious Studies Department at Vanderbilt. She holds an M.A. in Religion from Vanderbilt and an M.Div. from Yale University. When not writing her dissertation, she is an avid runner and occasional poet who loves spending time under the trees in Percy Warner Park.

Alexandre Pelegrino is a Ph.D. candidate in the Department of History. His dissertation considers the persistence of Native American enslavement and how socio-racial classifications operate to reshape the continuation of slavery. Before pursuing his PhD at Vanderbilt, Alex received his BA and MA from the Fluminense Federal University (UFF, RJ, Brazil). His broader research interests include Latin American History, Labor History, Colonialism, and Imperialism.

Alex’s research has been funded by the CLACX at Vanderbilt, a James Scobie Award from the Conference in Latin American History (CLAH), the Luso-American Development Foundation (FLAD), and the Social Science Research Council – International Dissertation Research Fellowship (SSRC-IDRF). 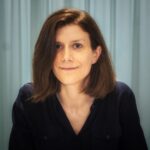 Martina Schaefer is a final year Ph.D. candidate in the History Department. A scholar of modern U.S. history, she specializes in African American History, with a particular focus on the Black Liberation Struggle. Her dissertation centers on the work of activists who started organizing during the Black Power era and were subsequently initiated into African Diasporic religions. It seeks to understand the activists’ motives for adopting these religions and examines how their religious practices affected their approaches to communal liberation. Martina received her M.A. in North American Studies, Modern History, and Political Science from Freie Universität Berlin in 2013.