“Diabetes: History of Race and Disease” 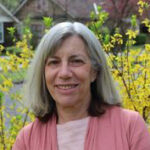 Arleen Tuchman is Nelson O. Tyrone, Jr. Chair in History and Professor of History at Vanderbilt University. She is also the author of Diabetes: History of Race and Disease.

In 1985, my dad started feeling thirsty all the time. Because he was in his mid-60s, overweight, and had sugar in his urine, his doctor assumed that he had type 2 diabetes. I didn’t know it at the time, but his story would provide the inspiration for a book I published thirty-five years later.

My dad’s story began with a misdiagnosis. He did not have type 2 diabetes. He had a far less common form known as Latent Autoimmune Diabetes of Adults (sometimes referred to as type 1.5). LADA resembles type 1 diabetes in that the body produces no insulin. Without this hormone, my dad’s body could not extract glucose from the bloodstream, and for all intents and purposes he was starving. It took an entire year, the loss of 25% of his body weight, and a move to a different state and a different healthcare provider, before he received a correct diagnosis. From that moment until he died 28 years later, my dad injected insulin four times a day.

I was only vaguely aware of my dad’s experience because by 1985 I had long been living on my own. However, when he moved to Nashville in 2002 I began to learn what it meant to have a close relative who had diabetes – the frequent scares when his blood sugar plummeted and he became confused and incoherent, and the frequent and seemingly miraculous recoveries after he consumed a tube of glucose or ate a piece of pie. I decided pretty quickly that I was going to use my expertise as an historian of medicine to write about this disease. What I didn’t know is whether I would weave my personal story into the book I wrote.

My hesitance was in part because I had never written anything that had felt quite this personal before. But what gradually became clear to me – and is becoming even clearer as I write this blog – is that I came to see diabetes through the lens of my own experience of my father’s disease in the eleven years that he spent in Nashville between 2002 and his death in 2013. So whether I wrote explicitly about those experiences or not, they were a part of the story I told.

His comment drove home how personal stories can lead to assumptions that if others, like my dad, were not controlling their blood sugar levels then either bad advice or non-compliance had to be responsible.

For example, my understanding of how easy it is to blame people for having diabetes was driven home during a conversation I had with a leading diabetes specialist at Vanderbilt University Medical Center. When I told him that my dad’s diabetes was “brittle” (this means that his blood sugar levels fluctuated widely independently of what he ate or what medications he took), this individual responded, “There is no such thing as brittle diabetes.”  I remember being stunned by his dismissal of my dad’s experience. Eventually I realized that this person, who had type 1 diabetes and wore an insulin pump, was basing his assertion on his own experience of diabetes as a “controllable” disease. His comment drove home how personal stories can lead to assumptions that if others, like my dad, were not controlling their blood sugar levels then either bad advice or non-compliance had to be responsible.

The blaming of disease on the bodies and behaviors of those who are sick became the key theme of the book I ended up writing. Diabetes: A History of Race & Disease shows that the stories that have been told for over a century about who gets diabetes and why have consistently attributed high rates of the disease to genetic traits and character defects that have been ascribed to particular racial groups. This was true even as Jews, middle-class whites, American Indians, African Americans, and Hispanic Americans were, at different times, believed to be most at risk of developing diabetes.

I was almost done with my book when I came across a powerful op-ed in the New York Times. Rivers Solomon, the author of “I Have Diabetes. Am I to Blame?,” who described themselves as black, fat, and struggling with type 2 diabetes, shared the pain they experienced from the barrage of messages that blamed their “blackness” and “fatness” for their disease. And that’s when I realized that my dad’s story belonged in my book not only because it spoke to me personally, but also because it captured what I was saying about disease and race. One hundred years ago, when Jews were believed to have the highest rate of diabetes of any population in the world, my dad’s diagnosis would have been seen as evidence of Jews’ “tendency toward corpulence” and “gluttonous” behavior. Today, Jews are no longer thought of as a “race,” and no one considered racializing his disease. It is time that we stop doing so with other populations – and other diseases – as well.

Arleen Tuchman is a specialist in the history of science and medicine in the United States and Europe, with research interests in the cultural history of health, disease, and addiction, the rise of scientific medicine, and scientific and medical constructions of gender and sexuality. Her most recent book, Diabetes: History of Race and Disease (Yale University Press, 2020), traces the radical shift over the course of a century in beliefs about which populations were most likely to develop diabetes, from Jews in the early twentieth century to Native Americans, African Americans, and Hispanics today. Diabetes reveals how racial stereotypes about the different populations became embedded in allegedly neutral statements about differential susceptibilities to the disease.