The VAMP (Vanderbilt Modern Philosophy) Group is an association, organized by faculty at Vanderbilt University (Nashville, TN) with the purpose of discussing figures in Modern Philosophy, ranging from the Renaissance to the end of the 19th century, including Early Modern authors, Kant, Hegel, and figures in Romanticism and Idealism.

The spirit behind the VAMP initiative is to break down walls between neighboring disciplines and foster a sense of communication, cross-contamination, and mutual inspiration. In this sense, events organized by the VAMP group will include participants from several US and worldwide institutions, bridging the divide between Analytic and Continental History of Philosophy.

For the academic year 2020-2021, we are proud to present the VAMP seminar series, which will feature an ensemble of diverse speakers ranging from faculty to graduate students, from post-docs to aficionados.

In the future, we hope to also organize different kinds of events, including reading groups and more informal conversations.

All events will take place at 1 pm CST, and last about 90 minutes.
Please email emanuele.costa@vanderbilt.edu to join the mailing list. 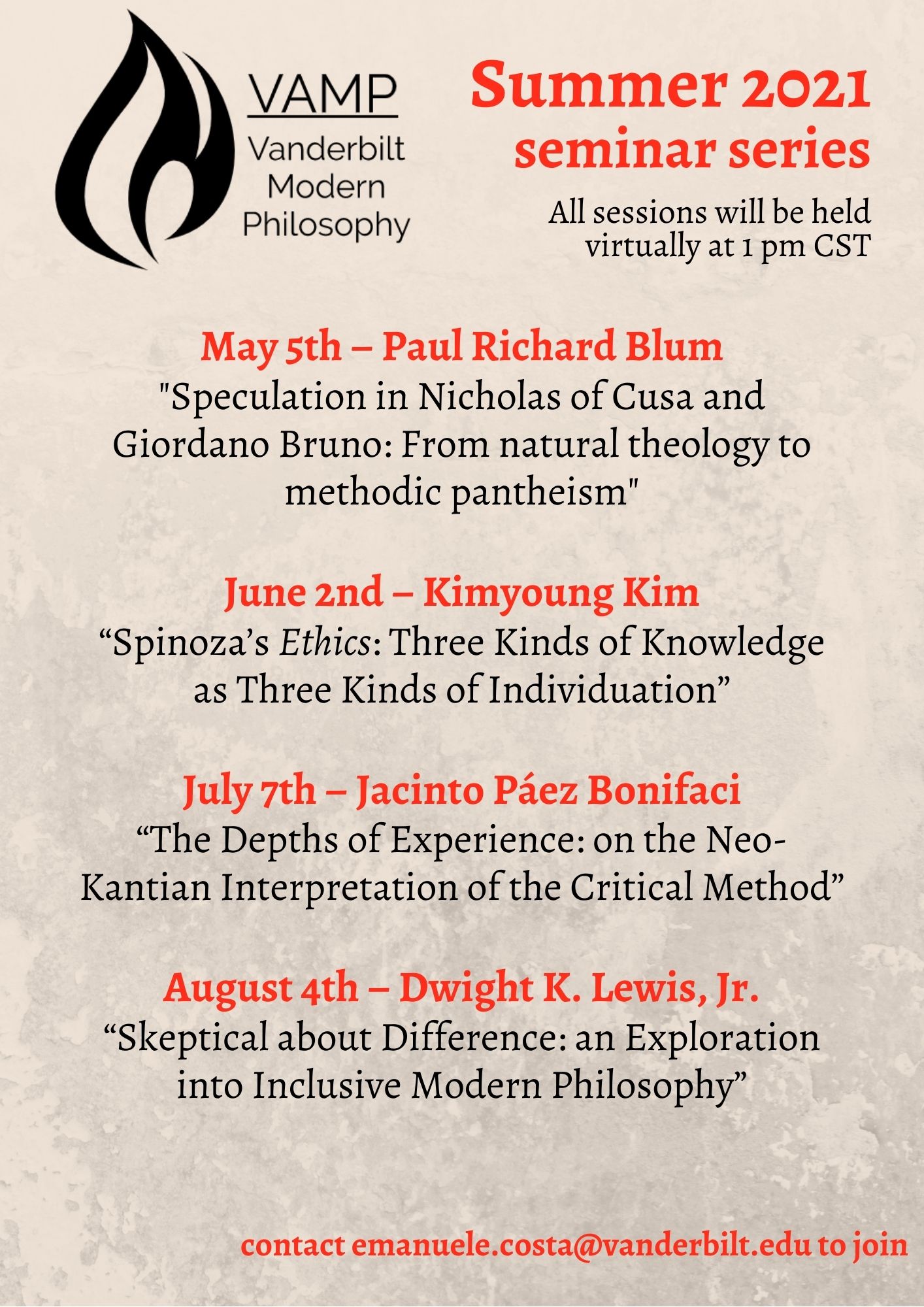 Re-watch the video recordings of past seminars on the Vanderbilt Philosophy Department's YouTube page!