W. James Booth's current research is focused on memory, identity and justice. His most recent book, Communities of Memory: On Witness, Identity, and Justice, is centered around those issues, and several articles further develop and explore them in the context of race in America and violence in Northern Ireland. Booth has also written extensively on economics and justice, (Households: On the Moral Architecture of the Economy), and on topics in the history of political theory, including ancient Greek economic thought, Kant's philosophy of history and politics, and Marx's understanding and critique of capitalism. His articles have been published in scholarly journals in the US, Britain, France and Germany. Before coming to Vanderbilt, Booth was on the faculties of McGill University and Duke. At Vanderbilt, Booth teaches courses in the history of political thought, religion and politics, and graduate and undergraduate seminars on topics in contemporary theory. 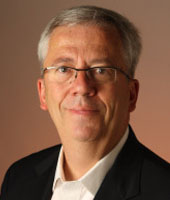