My work spans four areas of research: theory of knowledge, ancient philosophy, informal logic and philosophy of religion. In theory of knowledge, I am focused on what it takes to be justified in holding a belief. Particularly, I am interested in what kind of reasons one must have and what the structure of those reasons must be. My work in ancient philosophy has been to investigate the variety of conceptions of knowing in Presocratic philosophy (primarily with Xenophanes) and in Hellenistic philosophy (primarily with the Stoics and Skeptics). My work in informal logic has been focused on epistemic appraisal of arguments and a correlate program for fallacy theory. And my research in philosophy of religion has been inspired by challenges to and conditions for knowledge of God's (non)existence and His properties.

I am very lucky that my teaching and research overlap. My intermediate logic course, the Formal Logic, is a full development of the proofing systems in propositional and quantificational logics and some involved philosophical discussion of what follows from the basic truths of logic. I've been using my co-edited Thinking about Logic (Westview 2010) for the last few years, and I've been very pleased with how students respond to discussions of Fatalism, the Justification of Deduction, and Lewis Carroll's logical version of Achilles and the Tortoise. My Ancient Philosophy course surveys developments in philosophical method from the Presocratics, through Plato and Aristotle, to the Imperial Skeptics and Stoics. And my Philosophy of Knowledge course is a survey of what I take to be the main questions comprising the area.

Talisse and I host a YouTube philosophy video series with short (15 minute) videos at Philosophy15.

I write for the Informal Logic Blog The NonSequitur.

I am also a regular Monday columnist at 3QuarksDaily.

"The Truth about Hypocrisy" (with Robert B. Talisse)

"What do you do when they call you a 'tree-hugger'?"

"The Problem of Worship"

"Armed for the War on Christmas" Published in Christmas and Philosophy

Talisse and I were interviewed about Reasonable Atheism on NPR's "All Sides with Ann Fisher" (4/14/2011) streaming audio here.

I was interviewed about Civil Discourse and the 2016 elections on NPR’s “All Sides with Ann Fisher” (6/8/2016) streaming audio here. 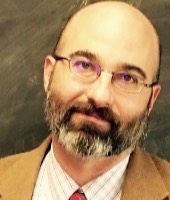