Talisse is a monthly Monday contributor to the blog 3 Quarks Daily.
Talisse is co-host (with Carrie Figdor) of the podcast New Books in Philosophy.
Talisse and Scott Aikin host a blog devoted to argumentation, Why We Argue. 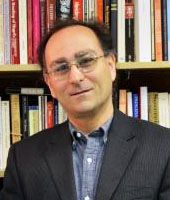