Recent projects include a series of papers on transcendence and a book on philosophy of education.

"Faith: Themes from Wittgenstein, Kierkegaard and Nietzsche," in Wittgenstein and The Philosophy of Religion Robert Arrington and Mark Addis, eds. (Routledge, 2001).

Thinking in the Ruins Wittgenstein and Santayana on Contingency, with John Lachs (Vanderbilt University Press 2000).

"The Ontological Project Considered: The Displacement of Theoretical By Practical Unity", The Southern Journal of Philosophy (Spring, 1992). 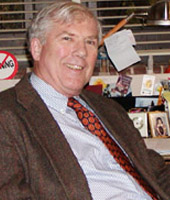