I am a philosopher specializing in ethics, social philosophy, and aesthetics. I have written on topics including moral emotions, interpersonal recognition, moral change, the aesthetics of ethical life, and the intersections of ethics and epistemology. My work on these topics has appeared in The Philosophical Quarterly, Analysis, The European Journal of Philosophy, Episteme, and Philosophical Topics, amongst others.

My book, Moral Articulation: On the Development of New Moral Concepts (under contract with Oxford University Press and expected to appear in 2023) explores historical changes in moral language. My leading examples are the developments of new moral terms in the 20th century, like ‘sexual harassment’, ‘genocide’, ‘racism’, and ‘hate speech’, which give expression to previously marginalized forms of ethical experience. My question is how best to understand what we are doing when we bring ethically significant acts and events under new descriptions. Are we simply naming moral realities that already exist, fully formed and intact, prior to their expression in language? Or do ethical phenomena bear a more sensitive relation to the descriptions under which they fall, such that the development of new modes of ethical expression help constitute the very objects they bring to light? I argue that we can accept a version of the latter, transformative view without sacrificing notions of moral truth, objectivity, and knowledge.

Other research in progress includes essays on Aristotelian ethical naturalism, the philosophy of Iris Murdoch, Hegelian recognition theory, and the rationality (and irrationality) of emotions.

I co-organize Ethcetera, an ethics-focused research cluster, here at Vanderbilt with my colleague, Diana Heney. I also serve on the editorial board for Transforming Political Philosophy, a book series with De Gruyter that focuses on marginalized philosophers and topics. I also help organize the Prize for Distinguished Achievement in Social Philosophy.

Moral Articulation: On the Development of New Moral Concepts (under contract with Oxford University Press, expected in 2023).

"The Struggle for Recognition of What?" European Journal of Philosophy (2020).

"Creative Resentments: The Role of Emotions in Moral Change," The Philosophical Quarterly (2018).

“Wronged Beyond Words: On the Publicity and Repression of Moral Injury,” Philosophy & Social Criticism (2016). 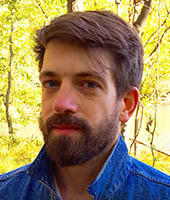