Marilyn Friedman works in social and political philosophy, ethics, and feminist theory. Prior to coming to Vanderbilt, she taught in the U.S. and Canada at schools ranging from a small private liberal arts college to a large state university. Her articles, many of them anthologized and reprinted several times, have appeared in the Journal of Philosophy, Ethics, Hypatia, and elsewhere.

Friedman's first authored book, What Are Friends For? Feminist Perspectives on Personal Relationships and Moral Theory (Cornell), deals with friendship, care ethics, partiality, and impartiality. Friedman has also co-authored a book, Political Correctness: For and Against (Rowman & Littlefield), in which she debates various issues known together under the rubric of "political correctness." Her most recent authored book,Autonomy, Gender, Politics (Oxford), defends the ideal of autonomy against various critiques and applies that ideal to practical contexts such as domestic violence and multicultural political relationships.

Friedman is the editor of Women and Citizenship (Oxford), which contains essays by leading feminist scholars who consider how different aspects of social and political citizenship, in the United States and elsewhere, pertain to women. She has also co-edited: Feminism and Community (Temple), Mind and Morals: Essays on Ethics and Cognitive Science (Bradford/MIT), and Rights and Reason: Essays in Honor of Carl Wellman (Kluwer).

Friedman's current interests include an extended project on female terrorists, in which she explores the distinctive meanings, motivations, and moral assessments pertaining to women's participation in terrorism. Her additional works in progress cover such topics as: whether virtue is required for happiness, how to engage in blaming people in a responsible manner, and how to understand abused women who are convicted of failing to protect their children from the same abusers who are abusing them. 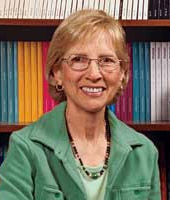