He has published 30 books including a four-volume work: Crimes Against Humanity (Cambridge UP 2005), War Crimes and Just War (CUP 2007),Aggression and Crimes against Peace (CUP 2008), and Genocide (Cambridge UP 2010).
In a review of these books, a distinguished political theorist from LSE said:
"In combination, these works amount to an enormous achievement. The breadth of scholarship is impressive in itself…[and] He set out to supply, and succeeded in producing an account of the moral foundations of international criminal law."

In addition he has published two volumes on 17th Century philosophers:
Limiting Leviathan: Hobbes on Law and International Affairs, (Oxford UP 2013), and Grotius and Law, co-edited with Emily McGill, (Ashgate 2014).

His work has been translated into the following languages: French, Spanish, German, Italian, Serbian, Japanese, Chinese, and Korean

He has recently given invited lectures at Harvard, Berkeley, NYU, Penn, Stanford, and many other US universities.  In addition he has recently spoken at universities in Belfast, Oxford, Oslo, Copenhagen, Canberra, Melbourne, Sydney, Geneva, and Sapporo.

He has advised the US State Department, the CIA, the NIH, and the International Committee of the Red Cross.  And he has been quoted in international court decisions. 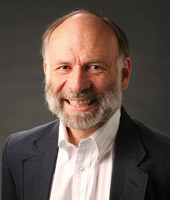