Karen Ng specializes in nineteenth-century European philosophy (esp. Hegel and German Idealism) and Frankfurt School Critical Theory. Her book, Hegel’s Concept of Life: Self-Consciousness, Freedom, Logic, is published with Oxford University Press (2020). The book explores the philosophical significance of the concept of life for Hegel’s philosophy, with an emphasis on his Science of Logic. In addition to her research in post-Kantian philosophy, she is also interested in the ongoing influence of Hegel and Marx for critical social theory, particularly as their legacies help us understand the relation between human beings and nature, possibilities and failures of mutual recognition, and conceptions of progress and critique. In 2018, she was an instructor at the Critical Theory Summer School in Berlin on the topic of Rethinking Ideology and a research fellow at the Center for Humanities and Social Change at the Humboldt University in Berlin. In July 2020 she will be a visiting researcher at the Dahlem Humanities Center at the Freie Universität Berlin.

Ng is a founding co-convener of The Prize for Distinguished Achievement in Social Philosophy. This is a collective endeavor by faculty and graduate students from the New School for Social Research and Vanderbilt University. Conceived to recognize groundbreaking philosophical work tackling questions of social epistemology, social ontology, theories of race, gender, class, ability, animality, and the natural environment, the first biennial Prize will be granted in the spring of 2021, and the occasion will be celebrated with a public lecture with responses from philosophers and social theorists. For more information, please visit www.SocialPhilosophyPrize.org, or contact the organizers at socialphilosophyprize@gmail.com. 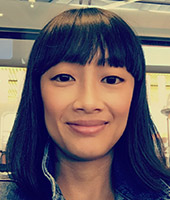