Wuerth’s forthcoming book, Kant on Mind, Action, and Ethics (Oxford University Press, 2014, 570 pp.), explores the account of the self at the center of Kant’s Copernican revolution in philosophy. While Kant holds that the self determines nothing less than the nature of the natural world and our moral duties in it, his account of the self remains an enigma. Wuerth’s book analyzes an unusually broad range of Kant’s recorded thought on the self from across his four decade career, including over one thousand pages of notes on Kant’s lectures on anthropology published for the first time in 1997. The result is significant new findings on Kant’s account of the self and the role of this account in Kant’s philosophy. In particular, these conclusions concern Kant’s ontology of mind, his transcendental idealism, his critique of rational psychology, his account of the mind’s faculties, the manner in which this account of the mind’s faculties shapes his philosophy as a system, his theory of action, his metaethical account of the source of authority of the moral law, and the role of his theory of action in his ethics.

What Should I Do?: Kant’s Ethics (Routledge Press, under contract), is a book on which Wuerth is currently at work. It will be one of five books that Routledge will publish in a series devoted to five questions that Kant addresses: the four questions of philosophy as understood by Kant - What Can I Know?, What Should I Do?; What May I Hope For?, and What is a Human? - and the question What is Enlightenment? The other authors in the series are Michelle Grier, Andrew Chignell, Patrick Frierson, and Samuel Fleischacker. Here Wuerth will apply his findings regarding Kant’s account of the self and his theory of action to Kant’s ethics as presented by Kant in his major works in ethics and elsewhere across his career. Wuerth will argue that Kant’s complex account of our mental faculties allows him to recognize the rich interplay of cognitions, pleasures and displeasures, and desires in our lives as embodied creatures. Kant accordingly not only elucidates the moral law; he also identifies genuine challenges we face in following it and offers concrete advice in how to shape ourselves over time to best meet these challenges.

The Cambridge Kant Lexicon (Cambridge University Press, under contract) will provide entries on approximately 1000 terms in Kant’s philosophy and will provide an overview of Kant’s entire philosophical corpus. An international group of Kant scholars will write entries, and Wuerth will serve as the editor.

What Should I Do?: Kant’s Ethics (Routledge Press, under contract, 2013)

“Sense and Sensibility in Kant’s Practical Agent: Against the Rationalism of Korsgaard and Sidgwick,” European Journal of Philosophy, 2013. 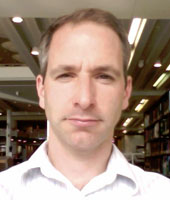