Jeffrey Tlumak is mainly interested in the history of modern philosophy. Ongoing special interests include Descartes' philosophical method, Kantian transcendental argument, Hume's philosophy of religion, the structure of Leibniz' metaphysics and the relation of his metaphysics to his theory of knowledge, skepticism, and the nature, role, and tests of the various kinds of possibility.

Professor Tlumak is currently working on the nature of free will and its connections to other philosophical commitments, especially value-theoretic commitments.

Professor Tlumak regularly teaches courses in the figures and problems of modern philosophy, epistemology, metaphysics, the philosophy of religion, and recent analytic philosophy.

"Judgment and Understanding in Descartes' Philosophy," The Southern Journal of Philosophy Supplement, 1983. 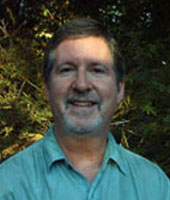