Emerson Bodde's research interests mainly revolve around the history of political philosophy and the development of socio-political concepts, with an emphasis on the 19th and 20th centuries. Bodde’s dissertation project in centered on reviving the mid-20th century debate on how class ought to be defined in political philosophy, in light of the recent reemergence of class-related theories of justice, social identity, and a relative absence of both clarity about the concept or continuity with the old debates. In part, this conceptual ambiguity can be alleviated by an interdisciplinary engagement by philosophy with the theoretical debates within both history and sociology.

“The Lebensform as Organism: Clarifying the Limits of Immanent Critique,” Philosophy & Social Criticism, 2020. 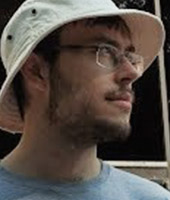