Professor Scott is currently working on a study of the functions of sensibility in the formation of ethical imperatives and judgments.

Professor Scott taught at Vanderbilt from 1966 through 1993. While here, he was Chair of the Philosophy Department from 1980 to 1990, directed the Mellon Regional Faculty Development Program (1979-1987) and directed the Robert Penn Warren Center for the Humanities from its inception in 1987 to 1993. At Penn State, Professor Scott held the Edwin Erle Sparks Professorship in Philosophy, was the Interim Head of the Philosophy Department in 2002-3, and was Graduate Admissions Officer from 1994 to 2002. He returned to Vanderbilt in 2005 to found and direct the Vanderbilt University Center for Ethics. He now teaches full time in the Department. 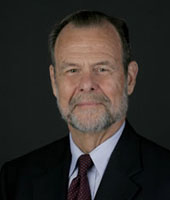