Professor Ackerly's research interests include democratic theory, feminist methodologies, human rights, social and environmental justice. She integrates into her theoretical work empirical research on activism. Her publications includePolitical Theory and Feminist Social Criticism (Cambridge 2000), Universal Human Rights in a World of Difference (Cambridge 2008), and Doing Feminist Researchwith Jacqui True (Palgrave Macmillan2010). She is currently working on the intersection of global economic, environmental, and gender justice. She teaches courses on feminist theory, feminist research methods, human rights, contemporary political thought, and gender and the history of political thought. She is the winner of the Graduate Teaching Award and the Margaret Cuninggim Mentoring Prize. She is the founder of the Global Feminisms Collaborative, a group of scholars and activists developing ways to collaborate on applied research for social justice. She advises academics and donors on evaluation, methodology, and the ethics of research. She serves the profession through committees in her professional associations including the American Political Science Association (APSA), International Studies Association (ISA), and the Association for Women's Rights and Development. She has been a member of the editorial board for Politics and Gender (Journal of the APSA, Women and Politics Section) since its founding. 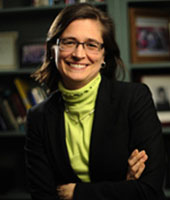