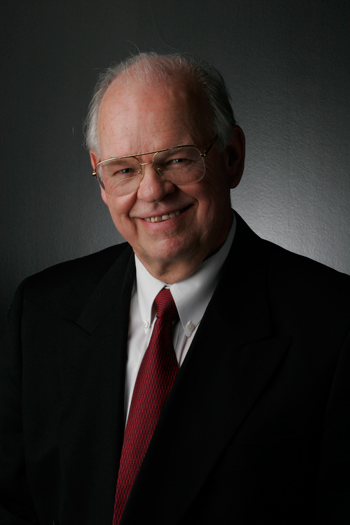 Prof. Dieter Sevin, former chair of the Department of Germanic and Slavic Languages at Vanderbilt University, died of pancreatic cancer on July 29, 2012, at his home in Brentwood, Tennessee. He was 73. A specialist in language pedagogy and the literature of the former East Germany, Dr. Sevin published extensively and taught German language and literature for over 44 years.

Born on November 5, 1938, near Wittenberg, Germany, Dr. Sevin decided to follow his dream when emigrating by boat from Bremerhaven to New York. With little money to his name, his enterprising spirit and work ethic enabled him to finance his undergraduate studies at San Jose State College. After getting married in 1963, he and his wife moved to Seattle to pursue graduate studies at the University of Washington. He received his Ph.D. in German and History in 1968 and then accepted a position at Vanderbilt University. In 1969, Dr. Sevin was instrumental in launching the Vanderbilt-in-Germany program with Regensburg University. In subsequent years, he served as the program's director and helped establish a summer exchange program with the Free University of Berlin. Convinced that travel, studies, and/or work in different countries widens perspectives and enriches lives, he saw himself as somewhat of a cultural mediator between the United States and Germany and worked enthusiastically to enable others to participate in intercultural exchange. He also was active in Nashville's Sister City partnership with Magdeburg, Germany, and the German-American Chamber of Commerce.

In 2007, he was awarded the Cross of the Order of Merit of the Federal Republic of Germany (Bundesverdienstkreuz), the only order awarded by the president of that nation. When presenting the medal, Dr. Lutz H. Görgens, the Atlanta-based Consul General of the Federal Republic of Germany, remarked, "Dieter Sevin is a beacon of German language teaching in the U.S. His entire career has been dedicated to promoting the knowledge of German language, literature and culture in the United States." He was the recipient of awards and fellowships from the American Council of Learned Societies, the American Philosophical Society, the German Academic Exchange Service and the Vanderbilt University Research Council, and he served as associate director of the Vanderbilt European Studies Center and as a member of the Modern Language Association delegate assembly. His widely used German college text, Wie geht's?: An Introductory German Course, co-authored with his wife Ingrid Sevin, is now in its ninth edition.

To those who knew him, Dieter Sevin was a unique human being, always positive and willing to help. Quick with a laugh and sound advice, he was always ready to listen, mentor, and inspire. He loved his work, his colleagues and students, enjoyed traveling, reading, music and the arts, but most of all, he cherished spending time with family and friends. He was a devoted husband to his wife of 49 years, Ingrid Sevin; a dedicated father to his daughters, Sonja Sevin and Karen Bryan, as well as to his son-in-law, Charlie Bryan; and a loving grandfather to Caroline and Anna Bryan. He will also be very much missed by his brother Dr. Bernd-Uwe Sevin and his family, as well as the family of his sister Uta DeBoer. A celebration of his life was held in Benton Chapel on Monday, October 1, 2012.