Kathryn David specializes in the history of Soviet Ukraine and Russia. Her research interests include connections between religious and national belonging, the Second World War and its aftermath in the Soviet Union, and the legacies of the Russian and Habsburg empires in 20th century Europe. Her current book project, One Ukraine, Under God examines how the officially atheist Soviet state used religious institutions to govern and transform its newly Soviet populations in western Ukraine during and after the Second World War.

David’s research has been supported by numerous grants, including from the American Association of Slavic, East European, and Eurasian Studies (ASEEES) and by the Title VIII and FLAS programs of the U.S. Department of State.

History of the Soviet Union; Ukraine and Russia; Religion and Nationalism 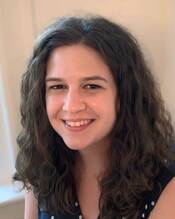