Cynthia Porter joined German Ph.D. program at Vanderbilt University during the fall of 2015. Originally from Ohio, she received her B.A. in German Studies from Denison University (2010), followed by earning a Master’s in German Studies from Bowling Green State University (2013) as well as a Master’s in Popular Culture (2015) from the same institution. Cynthia’s research interests fall under the categories of cross-media studies with a focus on the depiction of the body in German canonized literature and contemporary film, the topic of the “grotesque” body, the cultural connotations of body modification and tattoos in an international context, the presentation of German history and heritage in American film, and Afro-German Studies. A collector of German-speaking cultures, Cynthia has previously resided in Berlin, Luxembourg, Salzburg, and Vienna. Additionally, Cynthia was awarded a Digital Humanities Fellowship in the Vanderbilt Center for Digital Humanities for the 2016-2017 academic year, she is a member of the inaugural cohort for the Comparative Media Analysis and Practice (CMAP) joint Ph.D. program, and she was graduate fellow at the Vanderbilt Institute for Digital Learning (VIDL) from 2017 to 2018. Fulfilling one of the requirements for the CMAP program, Cynthia worked as a curatorial intern at the Frist Art Museum from January through May of 2018. Working closely with Chief Curator Mark Scala, Cynthia assisted in the creation of a multi-modal guide to accompany the exhibition Chaos and Awe: Painting for the 21st Century.

Cynthia’s dissertation explores how the practice of tattooing participated in systems of identity-formation in the wake of moments of perceived cultural rupture and transition in German twentieth- and twenty-first century history. 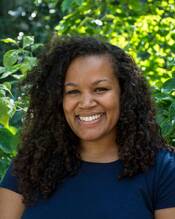