Adrian deSilva came to the German Ph.D. program at Vanderbilt University in the fall of 2017, after receiving his B.A. in German studies (with a minor in Japanese Language) from the University of Evansville that same year.  Adrian’s research interests are in development, and so far include: nineteenth- and twentieth-century German philosophers, with a focus on Nietzsche and Heidegger; early twentieth-century German cinema, as well as German literature of the past two centuries but with specific attention to Expressionist drama and post-WWII fiction; and the question of authorship raised by the publication of posthumous fragments left behind by Nietzsche and Kafka.  Originally from Ohio, Adrian studied in Germany and Japan during the course of his undergraduate education. 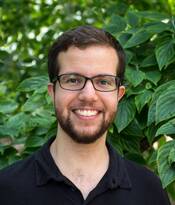