Adam Merki joined the German Ph.D. program at Vanderbilt University in the Fall of 2016. Prior to joining Vanderbilt, he received his Bachelor of Music from Berklee College of Music in 2012 and Master of Arts in Germanic Studies from California State University, Long Beach in 2015. During the 2015-2016 academic year, he worked as an English Teaching Assistant in Salzburg, Austria through the Austrian American Educational Commission. Adam’s research interests center around his artistic background with a focus on sound and media studies, aesthetic theories and avant-garde movements from the early 20th century, and theories of synesthesia and multimodal artworks. Additionally, Adam is a HASTAC Scholar for the 2017-2018 academic year at the Curb Center for Art, Enterprise, and Public Policy. 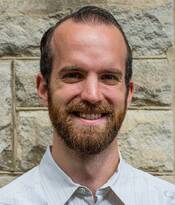