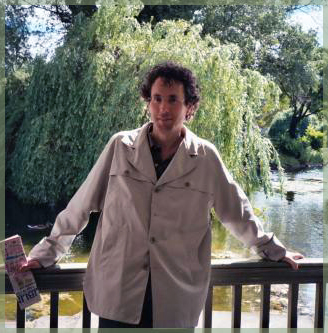 Holding degrees in philosophy and theology from Williams College and Oxford University and in comparative literature from UC Berkeley and Stanford (Ph.D. 1991), William Franke is a philosopher of the humanities with a theological (especially negative theological) vision of the traditional disciplines of liberal learning and of the origin and significance of human culture.  His A Philosophy of the Unsayable (University of Notre Dame Press, 2014) is the most direct statement of this philosophy to date.  This book builds on the twin volumes of On What Cannot Be Said: Apophatic Discourses in Philosophy, Religion, Literature, and the Arts (University of Notre Dame Press, 2007), vol. 1: Classic Formulations; vol. 2: Modern and Contemporary Transformations—which construct the tradition of such thinking in the margins of philosophy as a counter-tradition to the thought and culture of the Logos.

Franke’s apophatic philosophy is the object, notably, of several internet sites, including a Syndicate Forum (https://syndicate.network/symposia/theology/a-philosophy-of-the-unsayable/) and of a forthcoming collective volume Contemporary Debates in Negative Theology and Philosophy, edited by Nahum Brown and J. Aaron Simmons, in the series “Palgrave Frontiers in Philosophy of Religion.” This book includes essays by fourteen philosophers and Franke’s responses to each.

Franke’s philosophy has evolved in symbiosis with his work as a theorist in comparative literature.  His interdisciplinary approach centers on Dante’s Divine Comedy read as theological revelation in poetic language.  His Dante’s Interpretive Journey (University of Chicago Press, 1996), in the Religion and Postmodernism series, elaborates this interpretation of the Commedia in dialogue with German hermeneutic theory (Heidegger, Gadamer, Fuchs, Ebeling, Bultmann).  A sequel, Dante and the Sense of Transgression: The Trespass of the Sign (Continuum, 2013), opens in parallel a dialogue with contemporary French thought of difference (Bataille, Blanchot, Barthes, Levinas, Derrida, Nancy).  Moving from Dante’s medieval theological vision, these books develop critiques of some calamitous weaknesses in modern thought. They ply hermeneutics and deconstruction respectively to probe the effects of secular culture’s cutting itself off from certain forms of ethical-religious transcendence and from the poetic imagining of metaphysical grounds.

From this center in Dante, Franke has extended his philosophical and theological interpretations of literature both forwards and backwards in history.  His Poetry and Apocalypse: Theological Disclosures of Poetic Language (Stanford University Press, 2009; German translation, 2011) invents a theory of Christian epic poetry from the Bible to Joyce’s Finnegans Wake and frames it within a critical negative theology of poetic language.  This theoretical frame is worked out in tension with the Frankfurt school of Critical Theory (Adorno, Horkheimer, Benjamin) and as an Auseinandersetzung with the philosophy of Jürgen Habermas concerning the status of theology as a form of knowing.

Two further works of philosophical and theological reflection combined with literary criticism give definitive shape to Franke’s comprehensive poetics of revelation.  The Revelation of Imagination: From the Bible and Homer through Virgil and Augustine to Dante (Northwestern University Press, 2015) develops through close readings of major classics in the epic genre a theory of knowledge in the humanities as based on and deriving from theological revelation.  A modern counterpart to this reanimation of ancient and medieval thought, Secular Scriptures: Theological Poetics and the Challenge of Modernity (Ohio State University Press, 2016) explores the role of literature in the cultural secularization characteristic of modern times.  It shows that this very process of secularization can itself be understood as a form of incarnate revelation of divinity and that it has been so understood historically by Christian and secular poets alike.  Taken together, these two books examine the most significant, epoch-making poetics of revelation leading up to Dante (Revelation of Imagination) and following in his wake (Secular Scriptures) respectively.

Recruited as Professor of European Studies at the University of Hong Kong in 2012, Franke opted to direct a new graduate program in Comparative Philosophy and Religions at the University of Macao.  This enabled his apophatic philosophy to engage in intercultural dialogue with Eastern traditions concerning the unsayable, especially classical Chinese wisdom literature and its contemporary interpreters. This work has crystallized in a monograph entitled Apophatic Paths from Europe to China: Regions without Borders in a series on Chinese Philosophy and Culture (SUNY Press, 2018).  A third volume of On What Cannot Be Said devoted to “Eastern Forms of Apophasis” is requested to follow it up.

Appointed in comparative literature at Vanderbilt University since 1991, Franke is a research fellow of the Alexander von Humboldt-Stiftung, a senior fellow of the International Institute for Hermeneutics, and has been Fulbright Distinguished Chair in Intercultural Theology and the Study of Religions at the University of Salzburg (2007).  He has received international residential fellowships from the Bogliasco Foundation (2006, Fellow in Philosophy) and the Camargo Foundation (1999) and has been a member of the Dante Society Executive Council by general election of the Dante Society of America.  He has been Visiting Associate Professor of Comparative Literature at the University of Hong Kong (2005), Professor of French in residence at Vanderbilt-in-France in Aix-en-Provence (2008), and Visiting Research Fellow at the University of Salzburg (Summer 2008) and the University of Macao (2011).  He teaches summer semester courses in philosophy at the University of Frankfurt and lectures in German, French, Italian, and English on four continents.