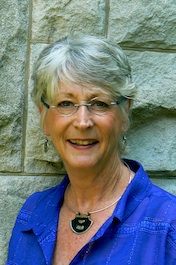 Virginia Scott joined the Department of French & Italian at Vanderbilt University in 1988. During her time at Vanderbilt she served as Department Chair, Associate Provost, and Academic Director of the Center for Second Language Studies. Scott was awarded several prizes for excellence in undergraduate teaching as well as the Thomas Jefferson Award for service to the University. She was named Chevalier dans l’Ordre des Palmes Académiques in 2004. In 2007 the Tennessee Foreign Language Teaching Association presented her with the Jacqueline Elliott Award for Outstanding Service. Her childhood in France, Denmark, Madagascar, and Kenya set the stage for her interest in second language acquisition and foreign language pedagogy. Scott retired in 2019.

Scott, V.M. & Hughes, T. (2017). From Consoles and Cubicles to Coding and Collaboration. In Kronenberg, F. (Ed.), From Language Lab to Language Center and Beyond: The Past, Present, and Future of Language Center Design. Auburn, AL: International Association for Language Learning Technology.