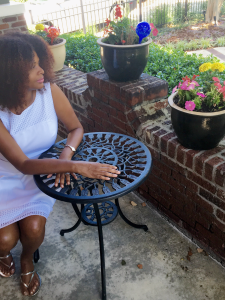 Distinguished Professor of African American and Diaspora Studies and French

T. Denean Sharpley-Whiting is the Gertrude Conaway Vanderbilt Distinguished Professor of African American and Diaspora Studies and French at Vanderbilt University where she also chairs African American and Diaspora Studies and directs the Callie House Center for the Study of Global Black Cultures and Politics. She has published 14 scholarly books; her most recent, Bricktop’s Paris: African American Women in Paris Between the Two World Wars and The Autobiography of Ada “Bricktop” Smith, or Miss Baker Regrets (SUNY Press, February 2015), consists of two-parts, a nonfiction multi-life history followed by a noirmystery. The book was an American Library in Paris Book Award Long List selection and a Choice 2015 Outstanding Academic Title. She publishes an academic murder mystery series under the nom de plume Tracy Whiting. She also teaches a course on Detective Fiction at Vanderbilt. The first novel, an academic cozy-thriller set in the South of France with Professor Havilah Gaie, is titled The 13thFellow: A Mystery in Provence (BooksbNimble Press, May 2015). She has completed the second mystery in this series, Paris A-Go-Go (Booksbnimble Press, forthcoming 2016), and is currently at-work on a scholarly volume, A Quartet in Four French Movements: A Voodoo Queen, A French Romantic, a Poet, and an African Ethnologist, as well as a family history. She is on the Executive Council of the Modern Language Association (2014-2018).