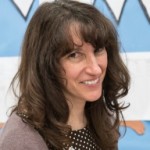 Please email Professor Kevra to set up an appointment Email

In 2001, Professor Kevra moved from Azay-le-Rideau, France where she had spent the previous year traveling around France and Western Europe teaching dance and learning a thing or two about French hospitality, culture, food and dance. Her interest in these topics carries over into the  classroom, with music especially serving as a vehicle for understanding francophone cultures. She has organized a number of concerts on the Vanderbilt campus by the Quebecois traditional bands, Genticorum, Le Vent du Nord and Raz-de-Marée.

Prior to coming to Vanderbilt, Dr Kevra taught at Marlboro College (Marlboro, VT), Amherst College (Amherst, MA), and the University of Massachusetts (Amherst, MA). She received her PhD from UMass-Amherst in 1998 in French and Francophone Literatures, and completed a doctoral dissertation entitled, “Body Images: Representations of the Body in the Novel of French Canada and Quebec.” During her time in Northern New England, she benefitted from the close proximity to Quebec to get to know the Belle province, along with making connections in the Franco-American communities of New England.

She has published a range of articles on the literature and culture of Quebec. In 2006, her translation of Gospel and Culture in an African Context: The Tetela-Kusu-Anamongo People and the Church by Joseph Onema Fama was published.

After participating as an NEH fellow Dr.Kevra in the summer of 2003 at the Newberry Library in Chicago  studying French Travel Writing from the Americas (1500-1800), she went on to develop a Freshman Seminar, “The French Experience in the Americas” and an upper level literature course on French travel writing.

In recent years, Professor Kevra has developed a number of popular courses in French and in American Studies in which history, literature and popular culture intersect, including a Commons Seminar, “Bon Appétit: France and Its Cuisine,” “Food for Thought: American Foodways,” and “American Social History through Dance.”

“The Mechanization of Motherhood: Images of Maternity in Quebec Women Writers of the Quiet Revolution.” Ameriquests, Vol. 4, No. 1 (2007)

Translation of Gospel and Culture in an African Context: The Tetela-Kusu-Anamongo People and the Church by Joseph Onema Fama. Nashville: The United Methodist Publishing House, 2006.