Amanda Little is a Writer-in-Residence in the English department and the Communication of Science, Environment and Technology department at Vanderbilt University, where she teaches journalism and science writing. Little is also a columnist for Bloomberg, where she writes about climate change, agriculture and innovation. Amanda has a particular fondness for far-flung and hard-to-stomach reporting that takes her to ultradeep oil rigs, down manholes, into sewage plants, and inside monsoon clouds.

Her advanced writing courses include "Investigative Environmental Journalism: Stories of Environmental Crisis and Innovative Breakthrough"; "The Art of Blogging: Learning How to Write in the Age of Online Journalism"; "Pop Science: The Art and Impact of Popular Science Writing"; and the creative nonfiction workshop: "The Art and Craft of Opinion Writing."

Amanda is the author of The Fate of Food: What We’ll Eat in a Bigger, Hotter, Smarter World, which explores how to feed humanity sustainably and equitably in the climate change era. Her TED Talk, based on this book, has more than one million views. She also wrote the book Power Trip: The Story of America's Love Affair With Energy. Amanda has published her reporting and commentary in the New York Times, Washington Post, Vanity Fair, Rolling Stone, Wired, New York Magazine, NewYorker.com and elsewhere. A former columnist for Outside magazine and Grist.org, she is a recipient of the Nautilus Book Award, a Rachel Carson Environment Book Award from the Society for Environmental Journalists, and the Jane Bagley Lehman Award for Excellence in Environmental Journalism.

Amanda has interviewed figures across the political spectrum, from Barack Obama, Joe Biden and Hillary Clinton to John McCain, Arnold Schwarzenegger and Lindsey Graham, and has appeared on "Fresh Air" with Terry Gross, MSNBC's "Morning Joe," Amanpour & Co. and CNN with Fareed Zakaria. She is the founder and director of Kidizenship, a non-partisan media platform for kids interested in civics and politics; with an editorial team of Vanderbilt undergraduates, Kidizenship produces the youth civics magazine, Watch Us Rise. Amanda is a graduate of Brown University and served for eight years on the Board of Trustees at Fisk University in Nashville, Tennessee, where she lives with her husband and kids. Twitter: @littletrip Instagram: @amandalittletrip 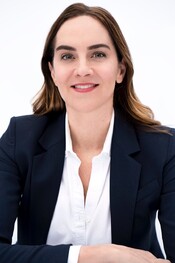