Rick Hilles is the author of Brother Salvage (winner of the 2005 Agnes Lynch Starrett Prize, and named 2006 Poetry Book of the Year by ForeWord Magazine) and A Map of the Lost World (February 2012), listed as a “Top Pick” on Library Journal’s website; both with the University of Pittsburgh Press. Among his honors are a Whiting Writers’ Award, the Amy Lowell Poetry Traveling Scholarship, and fellowships from the Camargo Foundation (Cassis, France), the Stegner Program at Stanford, the Institute for Creative Writing at U.W.-Madison, and the Fulbright Program. His poems, translations, and essays have appeared in Boston Review, Field, Harper’s, Literary Imagination, Michigan Quarterly Review, Poetry, The Nation, The New Republic, and Salmagundi. He is currently working on two poetry manuscripts: a book-length poem called, The Invisible Thread, substantial portions of which have appeared in Hudson Review, Literary Imagination, and Missouri Review; and The Empathy Machine, individual poems from this collection have appeared in American Literary Review, Connotations Press: an Online Artifact, Five Points, Kenyon Review, Ploughshares, and have accompanied performances by the Nashville Sinfonietta, conducted by Dean Whiteside.

A Map of the Lost World, Brother Salvage; limited editions: Preparing for Flight, A Visionary’s Company

“To Misunderstanding” from the Kenyon Review: https://kenyonreview.org/kr-online-issue/2020-julyaug/selections/rick-hilles-763879/

“My Brother, The Poet, at Nineteen” and “In the Book of Spells” from American Literary Review: https://americanliteraryreview.com/2020/07/17/rick-hilles/ 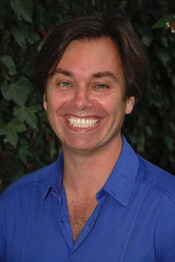