Professor Jarman taught first at the Indiana State University-Evansville (now the University of Southern Indiana) from 1976 to 1978.  He left teaching to live abroad for a year on a National Endowment for the Arts grant from 1978 to 1979.  He was a visiting writer at the University of California at Irvine from 1979 to 1980.  From 1980 to 1983, he taught as an assistant professor of English at Murray State University.  He joined the Vanderbilt University English Department in 1983 as an assistant professor.  He was promoted to associate professor in 1986 and to full professor in 1992.  In 2007 he was appointed Centennial Professor of English.  From 2006 to 2012 he served as director of creative writing.  In 2017 he received the Jeffrey Nordhaus Award for Excellence in Undergraduate Teaching in the Humanities, from the College of Arts & Science at Vanderbilt University.

Professor Jarman has published ten collections of poems, a book-length poem, and two collections of essays on poetry.  A volume of his new and selected poems appeared in 2011.  Honors for his work include a Guggenheim Fellowship, three grants from the National Endowment for the Arts, the Joseph Henry Jackson Award from the San Francisco Foundation, and the Lenore Marshall Prize from the Academy of American Poets and The Nation magazine.

Body and Soul: Essays on Poetry (Poets on Poetry, University of Michigan Press, 2002) 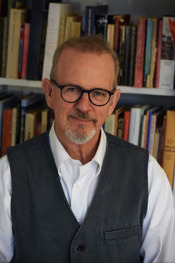