Christin Essin is an Assistant Professor of Theatre History with a doctoral degree from the University of Texas at Austin; she previously received her M.A from Northwestern University and B.A from Wake Forest University.  She joined Vanderbilt's faculty in 2011, and her recent book, Stage Designers in Early Twentieth Century America: Artists, Activists, Cultural Critics, examines the cultural roles played by theatre designers during the modern development of their profession.  She has also published articles on theatre design and histories of backstage labor in Theatre Topics and Theatre History Studies.  She teaches THTR 100, Fundamentals of Theatre; THTR 201 and 202W, Development of Theatre and Drama I and II; THTR 204, American Theatre and Drama; and THTR 206W, Contemporary Drama and Performance Criticism. 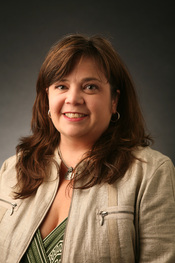